In a class action lawsuit filed in federal court in Boston last week, former employees stated that they were regularly rewarded for denials and referrals to the foreclosure department, including with cash bonuses and gift cards.  The same former employees claimed that they were encouraged to perform en masse denials and to give bogus reasons for denying or stalling HAMP loan modification applications.

According to this article in the Star-Advertiser, this is not the first time Bank of America and other mortgage servicers have been accused of such behavior.  Numerous lawsuits have already reached settlements to avoid further inquiry into such practices.

You may be one of the homeowners currently struggling with a loan modification, feeling as if you keep submitting the same materials over and over to no avail.  We specialize

Foreclosure “Starts” on the Rise in November 2012

The Pacific Business News reports today that foreclosure numbers for November 2012 are down 73% compared to the same month last year.  Foreclosure starts, a number that includes notices of default filed or properties with lawsuits pending, rose 94% in November 2012, as compared to October 2012.

Please give us a call for a free consultation if you are worried about a possible or pending foreclosure.  We’d be happy to sit down with you to explore your options. 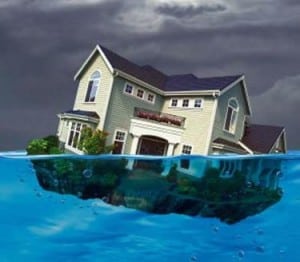 The Financial Times reports that the Federal Housing Finance Agency (regulator for Fannie Mae and Freddie Mac) has blocked the Obama administration’s hoped-for program that would reduce the principal amount on mortgages worth more than the underlying homes.  It was hoped that the proposed program would serve to reduce defaults and foreclosures; however, the FHFA has determined that the costs of implementation as well as less than complete take-up by potential program participants will likely result in additional costs to taxpayers.  Treasury secretary Tim Geithner has criticized the FHFA’s decision and urged reconsideration.

Unfortunately, this isn’t good news for homeowners who are under water on what they owe to banks like Bank of America, J.P. Morgan Chase & Co., and Wells Fargo & Co.  It means that

Posting this link to the Huffington Post without further comment other than to say that we see this borderline ‘unconsionability’ on a daily basis.

If you are contemplating bankruptcy, working on a mortgage loan modification, or fighting foreclosure and you’re fed up with feeling like your creditors are giving you the “bait-and-switch,” then please contact us for a free consultation.

According to a new report issued by the Administrative Office of the U.S. Courts, more consumers are filing complaints alleging abuse by Non-lawyers hired to file their bankruptcy petitions.

“We have seen an increase in abuse,” said U.S. Bankruptcy Judge Maureen Tighe in the Central District of California. “The increase in ‘foreclosure rescue’ and ‘loan modification’ services seems to be the source in the past three years. The homeowners are desperate and take advice from the most questionable sources. There is a wide range of BPPs [non-lawyer bankruptcy petition preparers], from those who are well-meaning but still are giving legal advice, to out-and-out fraud perpetrators—and the down-and-out consumer debtor doesn’t know the difference most of the time.”

Recently we helped a client who was in a very difficult situation – he was trying to stop the foreclosure process threatening his home, while at the same time caring for his ailing wife who is terminally ill. Doloroso Dumlao was being forced to choose between spending his last days with his wife and using all of his time filling out forms and coming to our office.  Calls to his lender, Citimortgage, seemed to be ineffective – I spent hours going around in circles just trying to get representatives to understand that his wife was physically unable to sign a power of attorney, affidavits, or any of the loan modification application forms due to her illness.  We were trying to help Mr. Dumlao avoid having to file

Unfortunately, the results of this survey are consistent with what we find here in Hawaii – many homeowners are trying desperately to obtain loan modifications or stay current on their payments, and are finding that the loan servicers completely ignore such attempts while pursuing foreclosure, forcing such homeowners to seek protection by